It’s official: the Chicago Bulls are relevant again. This year, the team has been one of the most riveting sides to follow in the NBA. Players like Zach LaBine and Ayo Dosunmo are leading the charge to put the team back on the map—but most people still think of MJ anytime the Bulls are mentioned.

And this is for good reason. Aside from being one of the most accomplished basketball players ever and the man who led the Bulls to six championship titles in eight consecutive runs, Jordan revolutionized the sport and, in doing so, the city. The changes post-1998, the last year the Bulls took home a title, are palpable.

Still, like most dynastic teams, the Bulls faced a (serious) slump in the 2000s and early 2010s. However, this year, Billy Donovan’s Bulls are one of the hottest topics in the NBA. In fact, many sportsbooks are eyeing the Bulls to knock out the Nets and Heat in the Eastern Conference, where they’re currently sitting in first place.

OLBG, a great resource for NBA predictions, still lists the Nets as the favorite to take this year’s championship series. But the Bulls are in a prime position to shoulder past the Nets—as well as other OLBG favorites, the Lakers and Bucks. Even if they do manage to bring home a conference or championship title, today’s Bulls will still have Jordan (and company) to thank for framing their comeback.

The Man, the Myth, the Legend

There are two qualities that make Michael Jordan a hero to Chicago: specifically, his work ethic and his loyalty to the city. MJ’s work ethic is the stuff of myths; aside from his raw talent, series like Netflix’s The Last Dance highlight just how far the athlete pushed himself on a daily basis to achieve greatness.

This was something that local fans felt particularly attached to. It wasn’t just that Michael Jordan was one of the greatest centers to play the sport, it was that he never stopped pushing himself to achieve greatness. In a blue-collar city like Chicago, this type of attitude was something fans could relate to and admire.

Aside from that, Jordan stayed in Chicago after arriving in 1984. He didn’t leverage his talent for a big signing in Boston, Los Angeles, or Detroit, which all had attractive and successful franchises at the time. He helped build the Bulls from the ground up, bringing home six championships despite the fact that he played baseball from 1993-1995. 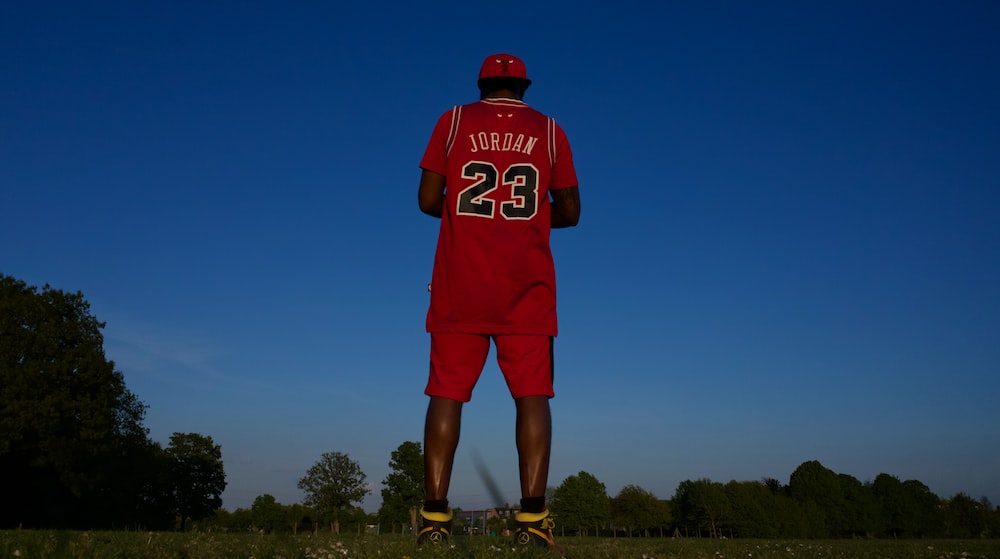 A Win for Chicago &a Shake-Up for the NBA

Before Jerry Krause took over the Bulls in 1998, Michael Jordan didn’t just turn Chicago into a basketball-crazed city, he helped build interest in the sport around the world. Much of this came from his time with the 1992 Dream Team, the US Men’s Olympic Basketball Team (of which he was only one factor).

Other elements, like trying his hand at acting in Space Jam, helped make Jordan a household name for those who had little interest in basketball. Suddenly, the city had a global superstar putting basketball, the Bulls, and Chicago on the map. Jordan’s success didn’t happen in a vacuum—it gave hope, pride, and a sense of hard-earned victory to all those who supported the Bulls.

The Bulls’ team from the 80s and 90s instills a sense of warmth and pride in locals. Even the possibility that the 2021-22 Bulls may finally find success again is enough to reignite these sentiments—and, best of all, there’s the chance that they’ll do this at United Center, MJ’s old stomping ground.

Jordan’s legacy survives today in a myriad of forms. In terms of basketball, his explosive performance as a center led the NBA to actually change its rulebook from 1997-2005. These include how a player can defend against another (no forearms) and where they can defend (outside the paint on the weak side).

This helped stem the advantages for hyper-talented centers, like Jordan and, before him, Magic Johnson and Charles Barkley. In fact, there hasn’t been a center to win the MVP award since Jordan, aside from Shaq. Jordan literally changed the position from NBA rules to where centers shoot from (they’re farther out than Jordan ever was).

Aside from the sport, MJwas also behind the Nike Air Jordan athletic shoe line, which remains one of the most popular and successful retail shoe lines in the world. Even the hit family film Space Jam just saw a reboot with LeBron James and son Bronny at the center. It looks like everything Jordan has touched is subject to a redo—even the NFL’s Tim Tebow seemed to take a page from his book after moonlighting in the MLB. Let’s hope this is true for the Bulls’ success too.