The urine drug test has always been the one employers choose most often when setting up their drug free programs. It’s inexpensive, accurate, and, expected, actually. It’s become so common that when people learn that they are going to have to submit to a drug test, most automatically assume they’re going to have to produce a urine specimen. However, that may not be the case much longer.

Is there a brand new technology on the horizon? That answer is no. The oral fluid and hair follicle drug tests have been around for quite awhile now. You would think that because they are less invasive than the urine test that they would create some serious competition. That wasn’t the case though because the experts had different viewpoints about the reliability of the tests. However, the technology has continued to evolve and even though the debate may continue, the urine drug test is definitely not everyone’s first choice any longer.

Law enforcement may have started the trend

News began breaking in 2017 that police departments and other law enforcement agencies were using the oral fluid, otherwise known as the mouth swab, drug test during traffic stops when drug or alcohol impairment was suspected. Due to the shorter detection window, these tests detect recent drug use and the results are known almost instantaneously.

Then, in 2019, the Department of Health and Human Services (HHS) released their guidelines to allow federally mandated employers, such as those in the trucking industry, to use the oral fluid test as an alternative to the urine drug test. In fact, the department recently opened a comment session seeking input on revisions made to the guidelines. The comment period ended at the beginning of June 2022.

Law enforcement began using the oral fluid test because of it produces the test result in such short time. Some employers, in both the safety-sensitive workforce and general, who are looking for recent drug use began using this employee drug test for their random or reasonable suspicion drug testing programs. Others choose them strictly based on the rapid result aspect. Most employee drug tests are negative so employers may purchase “over the counter” tests and conduct them on site.

The test is easy to administer, employees simply place a swab in their mouths in a specific area and hold it in place until saturated. Then, should a positive result be obtained, the specimen—or a second test, depending on the company’s drug-free policy—is sent to a laboratory for more extensive testing.

Even though the hair follicle drug test is the most expensive, they have the longest detection period by far—ninety days, in fact! No matter what type of drug is used, there is a permanent record of it documented in the hair.

When the body processes a drug, it leaves behind drug metabolites that then disperse themselves throughout the body until they are excreted. Some of those metabolites wind up in the hair follicle. As the hair grows, the metabolites fuse with the hair actually becoming a part of it. So, hair tests not only detect drug use, they leave a record of each and every time a person uses drugs.The only reason that the detection period is limited to 90-days is because human hair grows about ½ inch per month and the length of hair tested is one and one-half inch.

Employers are realizing the benefit of the longer detection period and because the drug metabolites are fused into the hair, there is no way to falsify the test. In fact, employers in the trucking industry are using the hair follicle test for pre-employment testing in addition to the federally mandated urine test. It has been reported that when potential drivers learn there’s a hair test, they just get up and walk out the door. That speaks for itself, doesn’t it?

It’s had a good run

Although employees have come to expect to “pee in a cup” when told they’re up for a drug test, we’re pretty sure they won’t have a problem making the switch. Both the mouth swab and hair tests are non-evasive, often performed on-site, and completed in minutes. What’s not to like about that? Especially, when considering the alternative!

People suffering from shy bladder syndrome will no longer dread showing up at the testing facility only to sit for hours sipping bottled water and hoping, eventually, they’ll have no choice but to empty their bladder. Imagine the relief they will feel—no pun intended, by the way.

Change is inevitable and when the change is for the better, it keeps hope flowing throughout the world. When employers are doing all they can to keep their workplace drug-free, it shows their employees that they care. Drug abuse in the workplace puts everyone working with or near the abuser in danger of being involved in an accident. No one should have to worry they will show up for work one day and wind up in the hospital—or worse.

Promoting a drug-free workplace lets potential employees know where a company stands. It’s a huge deterrent because most drug abusers and addicts won’t even bother applying for a position. Moreover, it may even be a catalyst for some to receive help for their problem so they can apply for the job of their dreams—let’s hope for that. 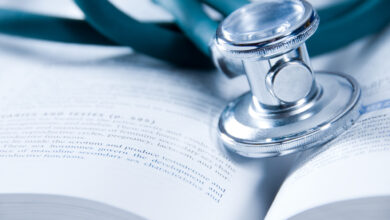 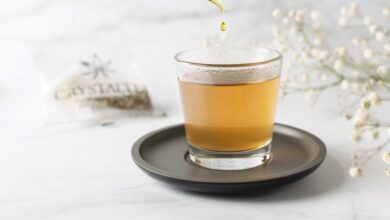